I owe you all an apology. I’ve been vague-booking over the last few weeks, and that’s not something I like to. In fact, it really drives me crazy. I’m so transparent with you all that it felt odd to hold back something so large in our life, but I also didn’t know how to put it all into words. It has been such a barrage of medical terms and “what ifs”, I wasn’t even sure what to say.

Now that we have been able to wrap our heads and hearts around this as a family and have some answers, I’m glad to finally share an update with you all.

Where it all started

Shortly after Carter was born, we noticed a bump on the bridge of his nose. Labor was long and complicated. We both looked like we had gone a few rounds with Mike Tyson, so I didn’t think much of it. I mentioned it to a doctor before discharge and they shared the same sentiment. He had gotten stuck in the birth canal for sometime, it was possible he had some trauma to his nose based on positioning, but nothing alarming.

By our newborn follow up appointment, the rest of his “labor look” had gone away, but the bump had become more prevalent. By his two month appointment, it had grown even more. We also noticed a small white dot on the surface just below it that didn’t ever seem to go away.

That’s when we received our first referral to a pediatric ENT to check it out. While we were waiting for the day of our specialist appointment to arrive, the bump began draining for the first time.

When we finally got our appointment with the specialist, they shared the news that this was just a small benign cyst. The issue would be primarily cosmetic. Keep it clean, and we could choose to remove when we felt comfortable. Simple enough.

In the Spring of 2018, the boys changed providers due to new insurance coverage from Anthony’s job. I was excited the boys would get to go back to Maverick’s first pediatrician who I adored.

During our first check up with her in July, I mentioned it in passing, along with the previous recommendations from the doctors. She took a look, asked us a few questions, and after reading over his chart and asked for a second opinion.

One week later, I went to the appointment with another specialist expecting the same old routine, no big deal. It was clear within a few minutes this appointment would be anything but. The doctor started with “It is a cyst, but that isn’t the full story.”

Now this is not meant to be medical advice or the like, so if you are reading this looking for answers for your child please consult with a doctor. I’m trying to summarize the slew of medical jargon tossed at us over the last 6 weeks so I apologize if anything is medically inaccurate. If you are looking for more on this condition, you may also find support in this group dedicated to children with Nasal Dermoid Cysts.

The doctor shared with us that Carter has a very particular kind of cyst. One that was interrupting his nasal cavity and can have a high occurrence of causing brain infections like meningitis. They are called Nasal Dermoid Cysts, form in utero and usually present in infants.

Because of the proximity to the brain, these come with complications like brain infections, and a number of these cysts even present with a partial sac on the brain.

The doctor went over two scenarios with us, based on the complexity of the cyst. We would need an MRI to determine the best route of treatment.

The first, the lesser complicated of the two, would involve removing the cyst through an incision on his nose and reconstructing the passages below. He would need some follow-up MRIs, and because he is so little, he’d likely need additional reconstruction as a teen to fit his more growing facial structure, but overall pretty routine care.

While in this scenario this surgery could take place on our terms, he did recommend sooner rather than later based on the growth of his cyst and the damage it had done to his nasal passages. It had also begun to grow faster than before and was showing signs of irritation, a possible indication of infection on the horizon.

The second scenario is a bit more intense. This would be in the case that his cyst involves cranial interaction, meaning a tract or sac from the cyst going into/onto the brain. If the MRI reveals that interaction, he would undergo a craniotomy to remove, in addition to the surgery above.

We finally had our MRI on September 12th. I would say it has easily been the hardest thing I’ve faced as a parent. I almost felt silly being so terrified knowing there are parents going through much worse with their children, but I was terrified nonetheless.

Helping our children fight a physical battle in which we are helpless in, feels like an impossible emotional hurdle.

Seeing my child put under anthesia, and laying in a hospital bed with wires everywhere is not something I ever wished to see. It’s an image that will forever be engrained in my mind.

For the parents out there who’s children are facing life threatening disease or chronic condition, my heart goes out to you. I send you a million and one hugs and it’s not enough.

I got just a small glimpse at what it’s like to have my child in a serious medical scenario and it was the hardest thing I’ve ever done. All the medical terminology, and the procedure guidelines, and the waiting for test results. It’s exhausting, and emotional, and not something I’d wish on my worst enemy. Those parents that are faced with it on a regular basis stay strong, just know I’m amazed by you.

Our Results, And Next Steps

Thankfully, after our MRI our doctor is optimistic that the simple removal surgery should allow him access to the whole cyst and he doesn’t believe there is any intracranial interaction (good news!). Carter will be heading in for the less invasive of the two surgeries (yay!!) in November.

While this is still a very scary thing for us to face, it is certainly the less scary of the two options. We strongly feel our son is in the care of the best doctor possible for the job, and we are holding onto each other tightly as we face this together.

Feel free to reach out to me via email or direct message if you have questions or are looking for resources facing this condition.

Thank you to everyone who has reached out with words of support and encouragement and surrounded us with love as we find these answers. We’ll be sure to share an update Post-Op!

Just a few months ago, we shared with you the news if Carter’s cyst and shared a glimpse of what our family had been going through behind the scenes. I’m thrilled to say Carter is now 6 months post-op and healing great.

As I explained above, Carter’s MRI revealed that his cyst did not have any interaction so we were able to go with the less invasive course of treatment on the table. His surgeon, Dr. Brian Rubenstein is truly amazing!

Once he was opened up, they did find extensions of the cyst beyond what was initially expected, but the surgery went off without a hitch. Dr. Rubenstein also did some reconstruction work on Carter’s nose to repair the area the cyst had damaged. The surgeon also recommended a follow up surgery as Carter grows into adulthood to adjust the filler to his growing features, but that will be cosmetic and optional.

Overall, surgery recovery was extremely stressful and went as smoothly as we could have hoped. We were able to head home that same day and Carter took it all like a champ.

Of course, he is still a two year old boy so in true toddler fashion he split his sutures open a few days after surgery. Even so, his scar healed up nicely and continues to look better with each passing day.

The doctor was so pleased with his margins and healing that he discharged us from care without any further follow up needed unless we notice changes. For now, we are ecstatic to put this chapter behind us. We are so grateful for the new friends we have made in the NDC online community, and of course the love and support of our friends and family.

Carter’s nose now has some character, just like him.

Our Bedroom Makeover For Distance Learning!

15 Tips For a Magical Disney Trip

Get The Latest From P&P

Pinot & Parenting Creator Amy lives in Carmichael, CA with her husband, their two boys, and their dog. Amy is passionate about her family, wine, traveling and clean-ish living.

This blog was created to celebrate both the good and the bad of parenting, but also as a platform for to encourage parents to explore their hobbies and interests beyond parenting. We champion self love & care because you can’t pour from an empty cup! 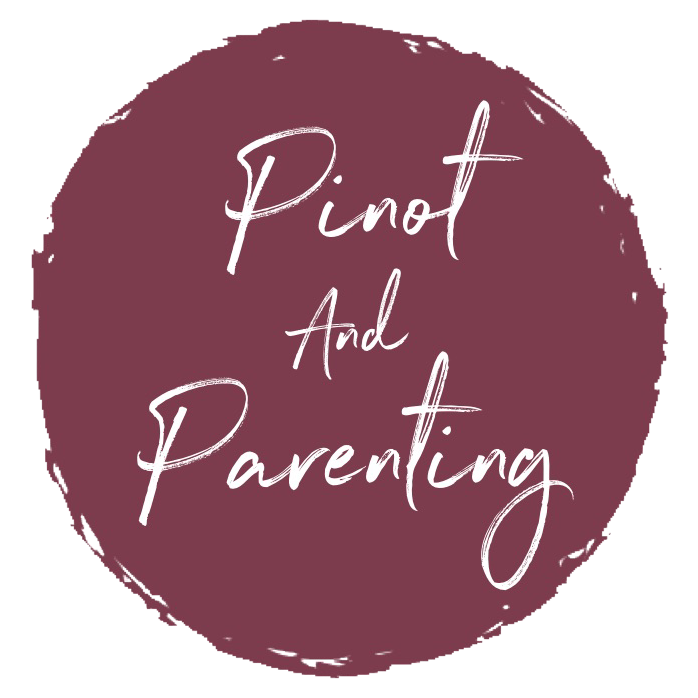 Get The Latest From P & P